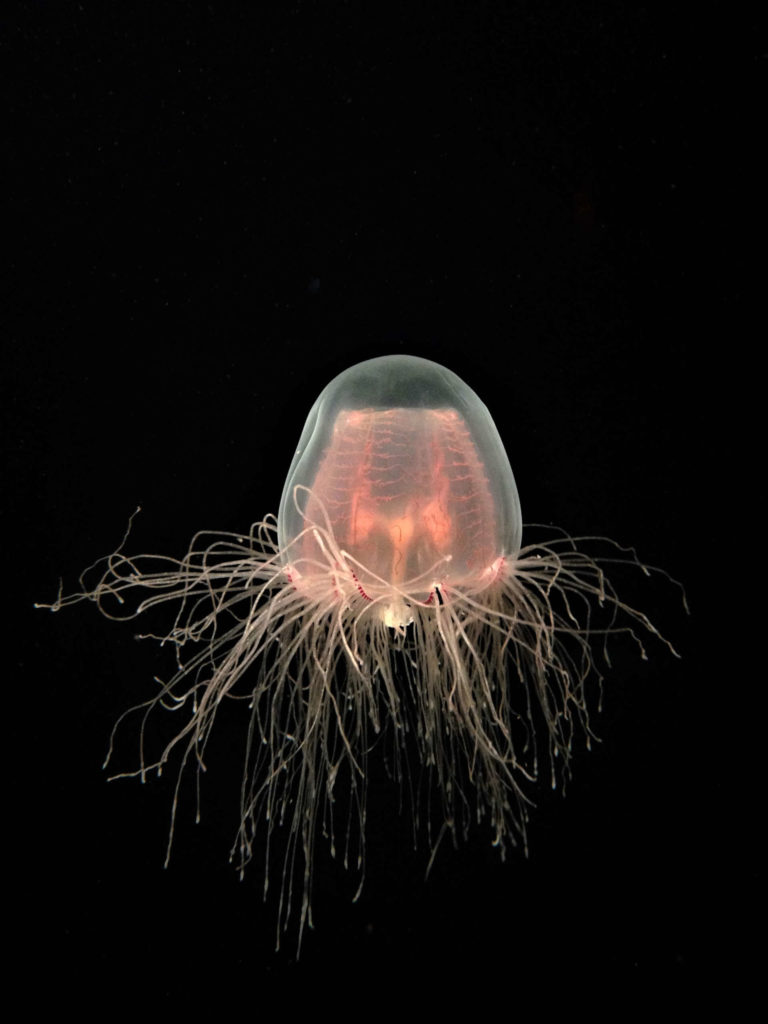 The Immortal Jellyfish has already mastered this,

The immortal jellyfish was discovered in 1883 in the Mediterranean Sea. But its superpowers weren’t discovered until over a hundred years later – and what a mind-blowing discovery it was!

They start life as larvae that develop into polyps, which are kind of like a soft coral, and then reach mature jellyfish stage at 0.4 inches (1 cm)  in diameter. THEN, if they are injured or entering old age or feeling threatened, they can attach themselves to a rock or other surface and start to transform back into a polyp. It’s like the old man becoming a child again.

With this power, immortal jellyfish can make tons of exact copies of themselves. Though most are genetically identical, some have changed their bodies to suit different environments. For example, some immortal jellyfish living in warmer waters have fewer tentacles than their colder water counterparts.

Even with “immortal” in their name, these jellies can still be eaten by predators, and if they get sick as polyps they will die. But overall, immortal jellyfish have a pretty good life (lives!). They now live in a lot of places like the oceans around Spain and Japan because they hitched a ride in the water carried in the bottom of cargo ships.

Of course, the immortal jellyfish is very interesting to scientists. “The fountain of youth” has always been something people have wanted to find, and scientists observe these jellies’ youthful transformation in the laboratory. No one has seen it in their ocean home yet.

© 2020 The Cousteau Society.
All rights reserved.